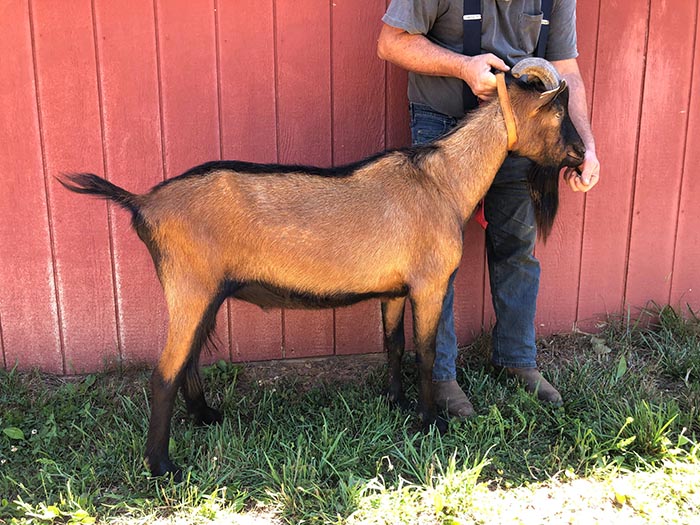 Linebred on GCH Rachelsie Mr Sandman +*B, who has produced 4 champion daughters one of which also received her Superior Genetics designation. This buck’s dam, “Dolly”, peaked at 2 gal/day her 2019 lactation as a yearling first freshener. His maternal grandsire (Jolly’Mon) was a milk star buck. Dolly’s half sibling Desperado is a “milky buck”, which is supposedly an indication of heavy milk lines. He has nice width between the hocks, as well as nice rear legs and good strong feet. Henry has horns/scurs due to a failed disbudding. CAE negative herd, tested annually. 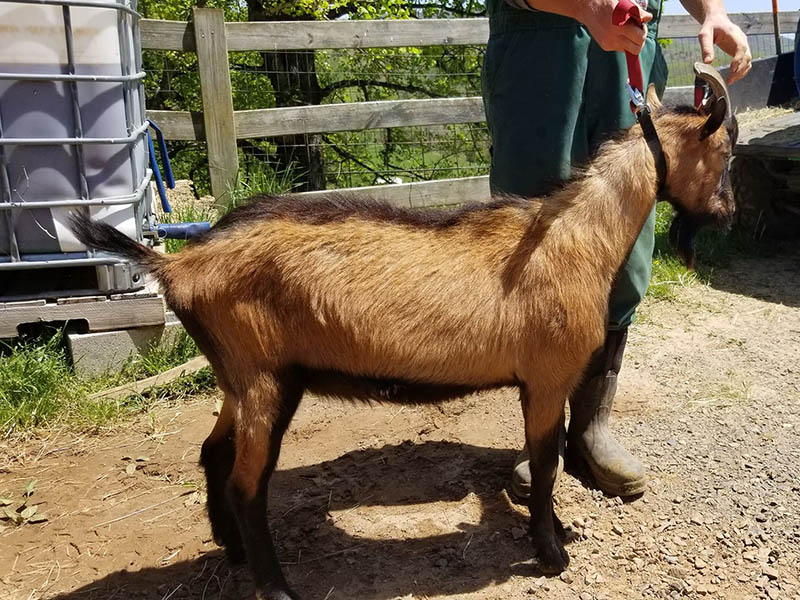 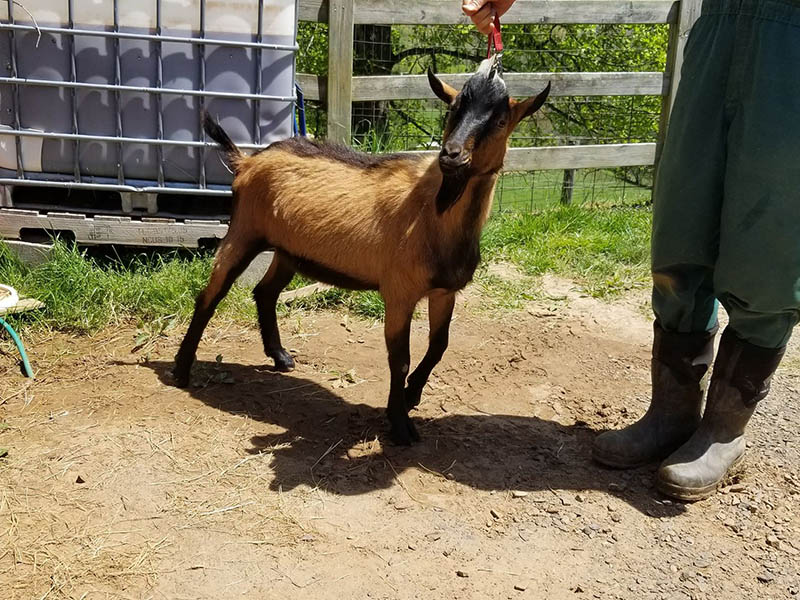 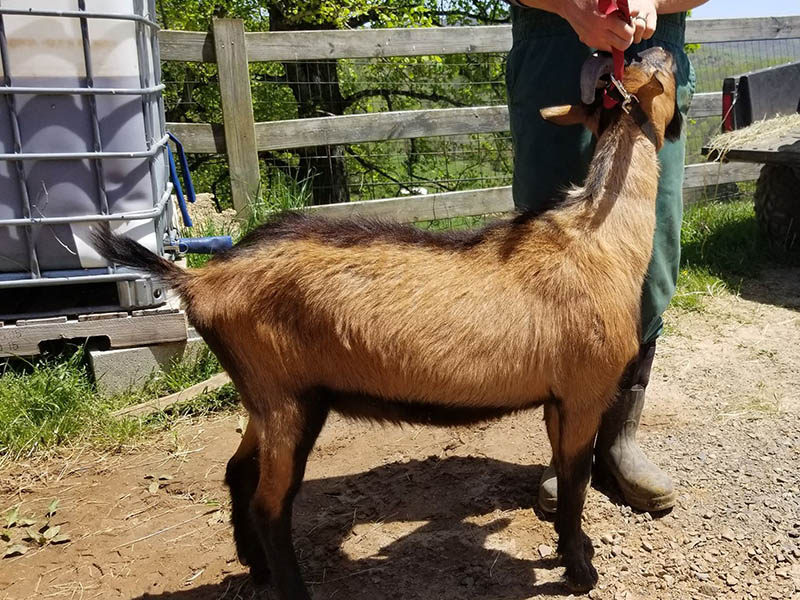